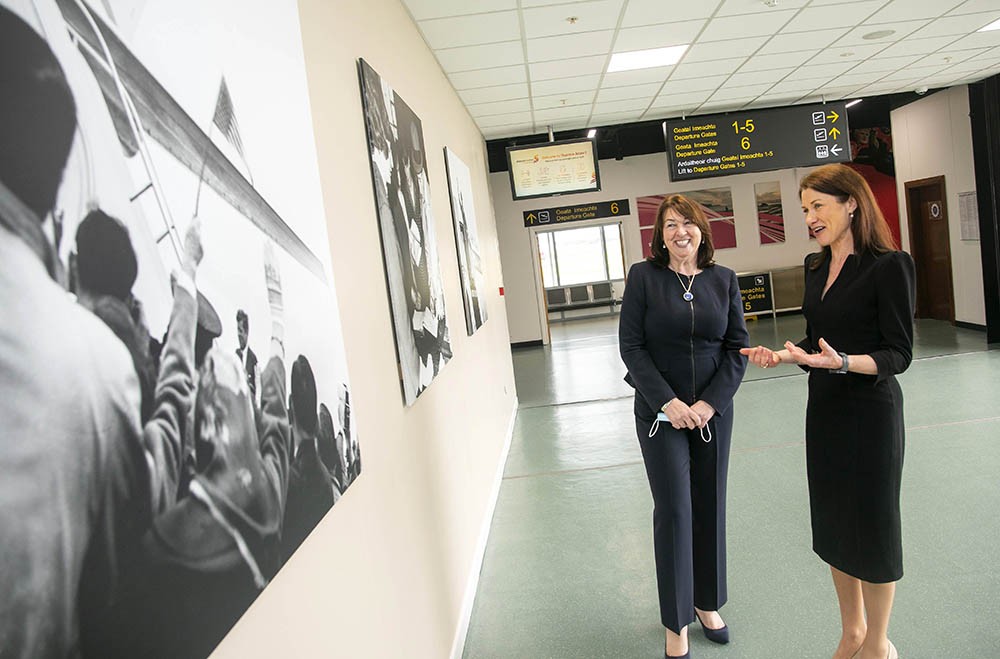 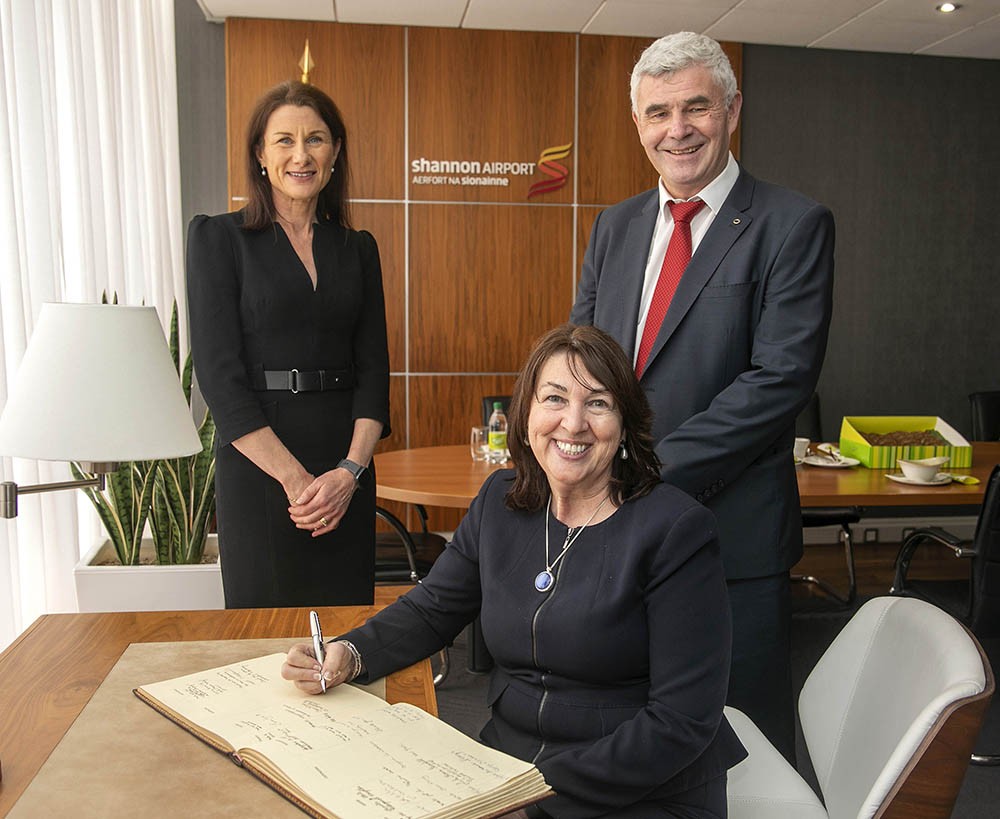 Shannon Group today welcomed the new US Ambassador to Ireland in what was her inaugural visit to Shannon Airport since presenting her credentials to President Michael D Higgins earlier this month.

During her visit Ambassador Claire D. Cronin met with Pádraig Ó Céidigh, Chairman, Shannon Group, and Mary Considine, Shannon Group CEO and was briefed on activities at Shannon Airport and across the Shannon Campus.

Welcoming the Ambassador to Shannon Airport, Mary Considine, CEO, Shannon Group said; “Shannon has a proud tradition of welcoming visitors from all over the world. Statesmen and women, movie stars, celebrities and every US president since John F Kennedy have been welcomed at Shannon Airport over the years. And we were delighted to continue that tradition by welcoming the first female US Ambassador to Ireland since Jean Kennedy Smith in 1998, who was a regular visitor to Shannon.

“The visit of Ambassador Cronin was timely as we look forward to welcoming US tourists and businesspeople back to Shannon Airport shortly with the restart of our transatlantic air services which are so important for our regional economy.” 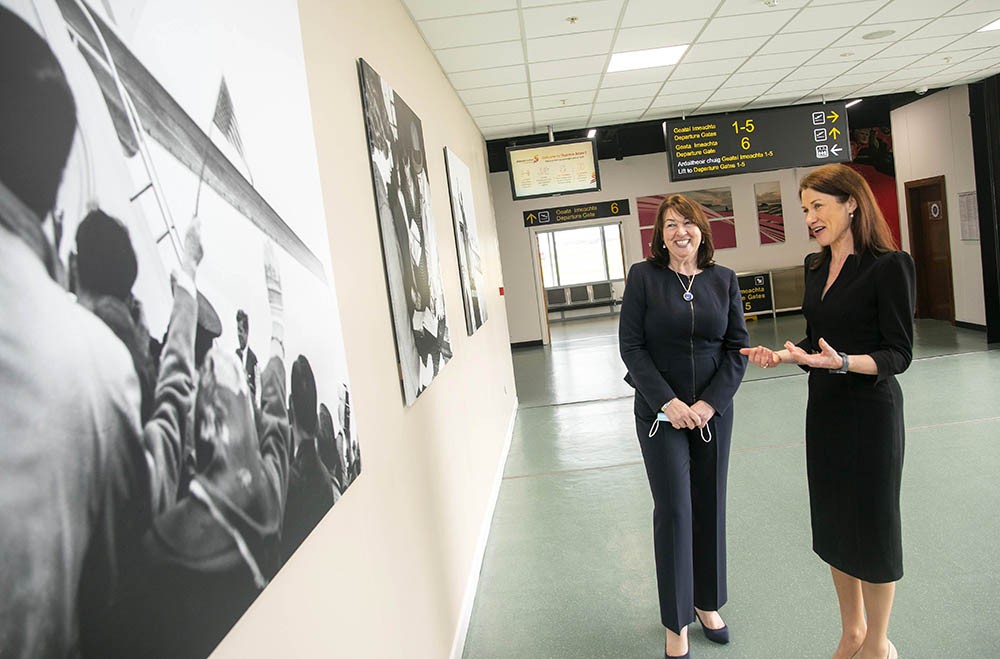 During the Ambassador’s visit a special tour was facilitated by the Airport Operations Director Niall Maloney, who showed Ambassador Cronin the airport’s aviation gallery and wall of fame and the famous faces which adorn it.  Ambassador Cronin also received a tour of Shannon Duty Free, the world’s first duty free and was given a demonstration of the new airport security screening system – the first of its kind in any state airport, which is halving dwell time in this area.

The Ambassador met with the airport’s US Customs and Border Protection team and received a tour of the facility, which was the first US immigration pre-inspection facility in Europe back in 1986 before advancing to a full pre-clearance operation in 2009. In 2010, it subsequently became the first in the world to offer full preclearance for private aircraft.