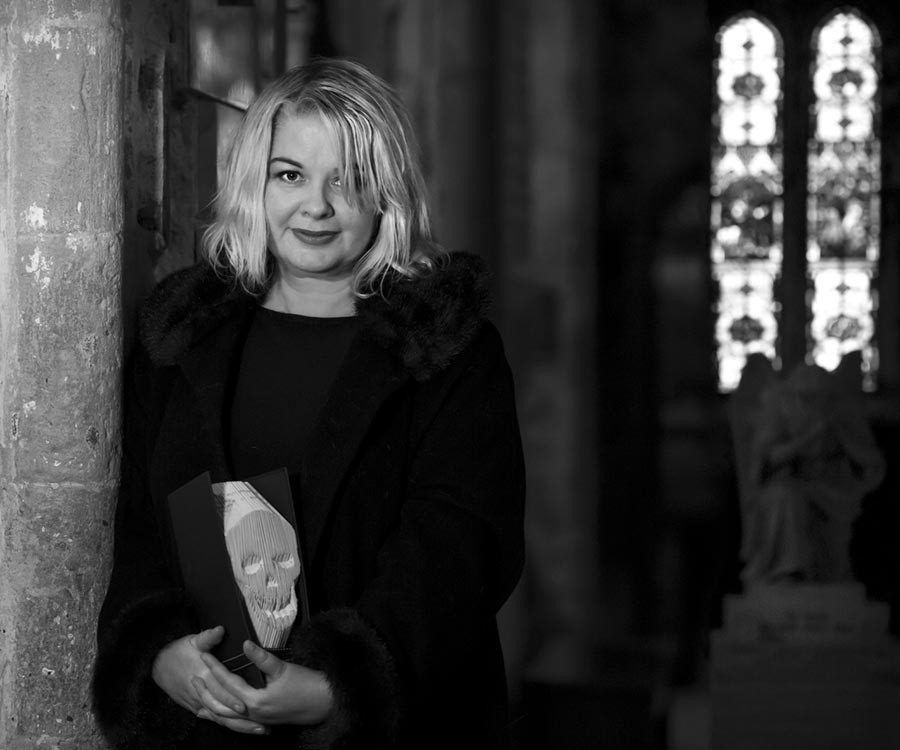 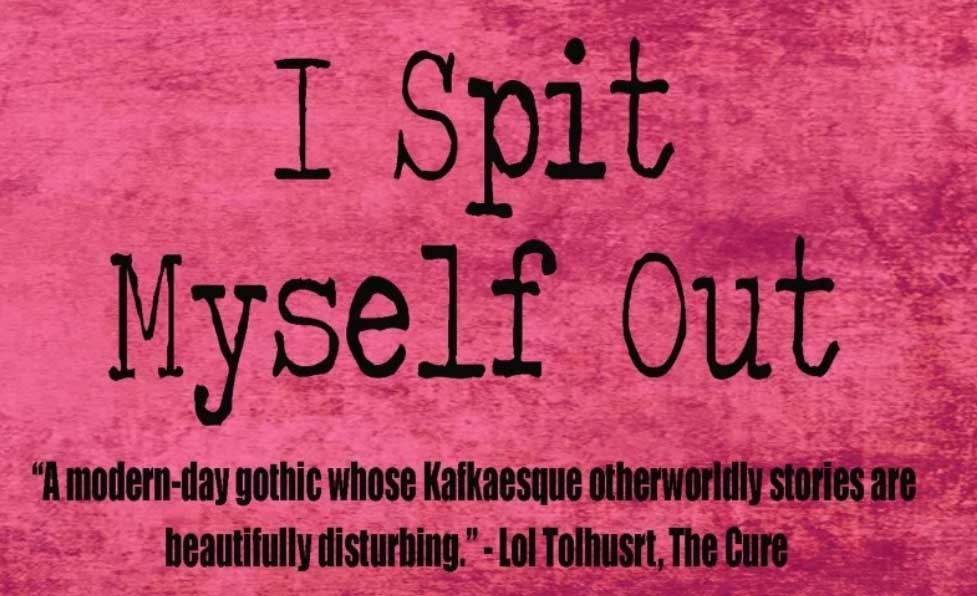 Irish author Tracy Fahey has just been shortlisted for the award for Best Collection in the British Fantasy Awards for her 2021 short story collection, I Spit Myself Out. It is her second time to be nominated for this prestigious prize.

Fresh on the heels of being awarded a Saari Fellowship in Finland for 2023, Fahey – Head of Department in Limerick School of Art and Design LIT and Sixmilebridge resident – is delighted at one of five writers shortlisted for these global awards, which take place in London in September 2022.

‘I Spit Myself Out was a passion project, a book I’ve wanted to write as a long time – as a writer, but also as a woman,’ she says. ‘The short stories of this collection are not an easy read – they deal with the terrors that arise from the female experience, terrors that stem from inhabiting a female body.’ Published in 2021, this collection uses horror tropes such as vampirism, medical experimentation, arcane rituals, and strange illnesses, but their unvarying source is the terror that lurks beneath the skin of being a woman. Fahey’s previous book, The Unheimlich Manoeuvre, shortlisted in 2017 for Best Collection at the British Fantasy Awards, also drew on the idea of female terror to create claustrophobic tales of domestic horror. Does she see I Spit Myself Out as the logical end of this theme of female fears in her work?

‘I’m just getting started,’ she laughs. Fahey, who is currently on a career break from the Limerick School of Art and Design, TÚS, is completing a series of residencies which started in Cill Rialaig in 2021, and which span into Finland in 2023, where she’s researching the mythological figure of the Hag, or Cailleach. ‘My new collection will explore ideas of sovereignty and power relating to the Cailleach,’ says Fahey. ‘Older women are often marginalised in fiction, but these stories, set in the contemporary present, draw on the deep well of ancient female figures in European folklore. I want to reinvigorate the emblematic figure of the Hag; to reclaim the word from its current, reductivist use, and reinstate her in her original, fierce glory. I see this work as an important part of restoring ‘visibility’ to the representation of older women in global culture.’

Fahey currently speaks and delivers workshops on creative writing; her recent appearances include guest spots at Canterbury Christchurch University, Middlesex University, Dubai, Cymera Festival, Edinburgh, the UK Ghost Story Festival, and the Ennis Book Festival, with upcoming workshops at Falmouth University and Derby, UK. She can be contacted via her website at www.tracyfahey.com.

Tracy Fahey is an Irish writer of Gothic fiction.  In 2022, her collection I Spit Myself Out is shortlisted for a British Fantasy Award for Best Collection, her second time to be shortlisted in this category. Her short fiction is published in over thirty American, British, Australian and Irish anthologies. In 2022 she was also awarded a Saari Fellowship 2023 by the Kone Foundation. She holds a PhD on the Gothic in visual arts, and her non-fiction writing is published in edited collections and journals. She has been awarded residencies in Ireland, Finland and Greece. She has written three collections and a novel.  Her shortlisted collection, I Spit Myself Out is published by the UK press, Sinister Horror Company.

What the Critics Say about I Spit Myself Out.

Described by Ross Jeffery, executive director of STORGY magazine as ‘the most beguiling collection in years – a devastating glimpse into the horrors of the body, mind and soul,’ I Spit Myself Out offers a selection of gently nightmarish stories based on the premise of body vulnerability… I Spit Myself Out needs to be on everyone’s reading list, although it deals with many issues around womanhood it never alienates the male reader. These are topics that men should be reading, digesting and exposing themselves to, it’s urgent reading and I couldn’t praise it highly enough.”

Critic Rowan Fortune has remarked, “From the domestic horrors of Fahey’s earlier work, to the body horror of this book, continuity is found in an acute attention to the experiences of women whose possibilities are so casually stymied and crushed, but who can—if not always successfully—insist on more than is allotted.”

Shirley Jackson Award winning writer Priya Sharma has praised it, saying, “Her writing is emotional and intimate, but also written with a deep knowledge of art and medicine. Tracy’s versatility is there in the variation in tone and style- from ghost to crime story, confessional, punk-style revenge tale.”

Critic and writer Kit Power says of it “Fahey has a distinct voice, gently but insistently poetic, and an enviable talent for building tension or describing a downward spiral; taken together, this creates a collection of considerable emotional weight and depth.”