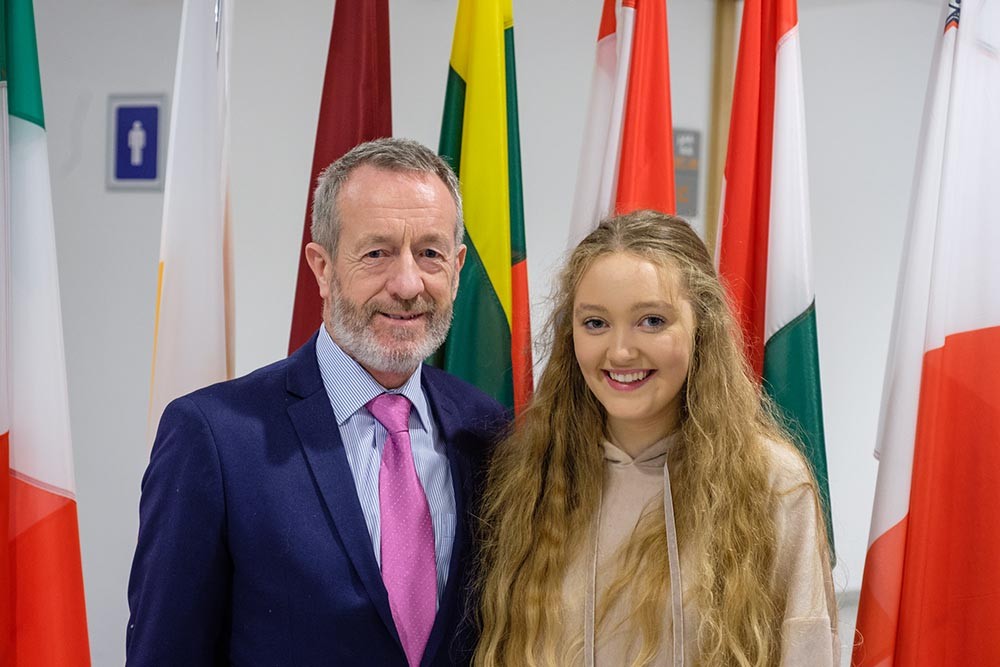 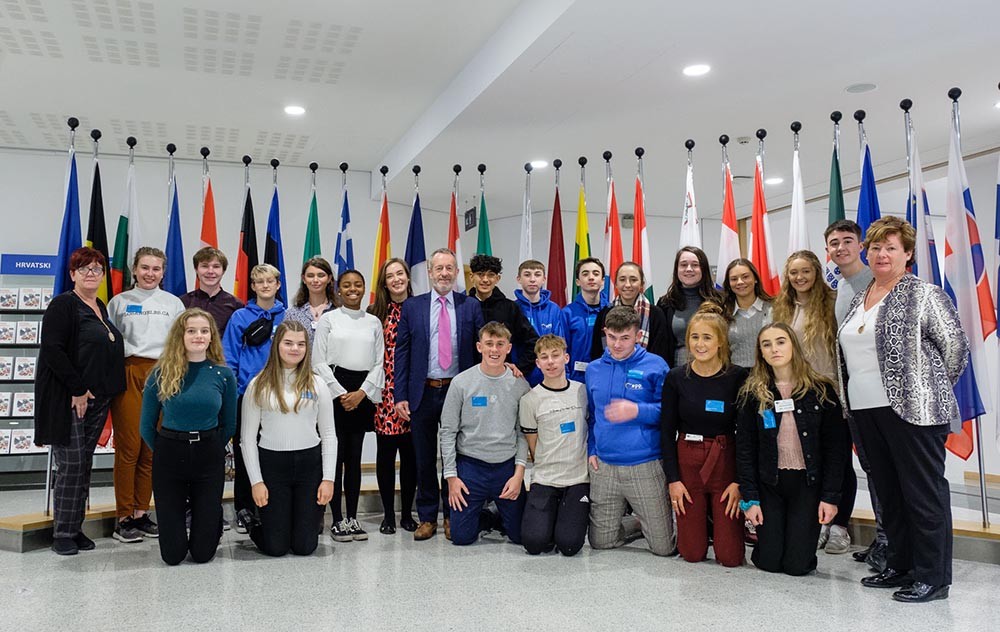 The students that travelled had earned their place on the trip by being selected as winners in Mr. Kelly’s annual ‘Meet Your MEP’ essay competition, which this year had the title ‘How life will be different if/when we achieve gender equality’.

As well as receiving a tour of the European Parliament and participating in workshops on gender equality and the EU’s Erasmus+ programme, the group also had meetings with incoming Commissioner for Trade Phil Hogan, the END FGM Network and the European Women’s Lobby.

Mr Kelly said: “I am very pleased to have had the opportunity to welcome such engaged and enthusiastic students to the European Parliament. This is an annual competition that I organise for young people, in an effort to show them first-hand what it means to be an EU citizen, and it has proven to be extremely successful.

“The students presented their ideas on issues such as gender-based violence and inequalities in sport, agriculture, the workplace and politics. A top priority for the group was the need to end gender stereotypes and to recognise their damaging impact on women and men.”

He added: “While Ireland’s relationship with women’s rights has evolved significantly in the last hundred years, we have not yet achieved gender equality, and the next generation of leaders will be crucial in bridging that gap. Gender equality is not a women’s issue, it’s everybody’s issue, so it has been extremely encouraging to hear such empathy, passion and determination from both the boys and girls fighting for equality this week.

“I was also delighted to give the students a tour of the European Parliament and to answer their questions about the work of MEPs, and the opportunities available to them in the EU institutions. I am always glad to engage with young people on EU issues. As a former teacher, it is a great pleasure to meet young people from my constituency and the visiting students were full of enthusiasm and eager to learn. I was very impressed by their level of understanding and passion,” Mr Kelly said.

Mr. Kelly concluded by thanking all who entered his essay competition this year: “I would like to thank all those who put themselves forward for the competition and shared their views with me. Well done on taking an interest in combatting sexism and having your voice heard. The students I had the pleasure of meeting in Brussels are an exemplary group of young people – I think it’s safe to say Ireland’s future is in safe hands!”, he concluded.