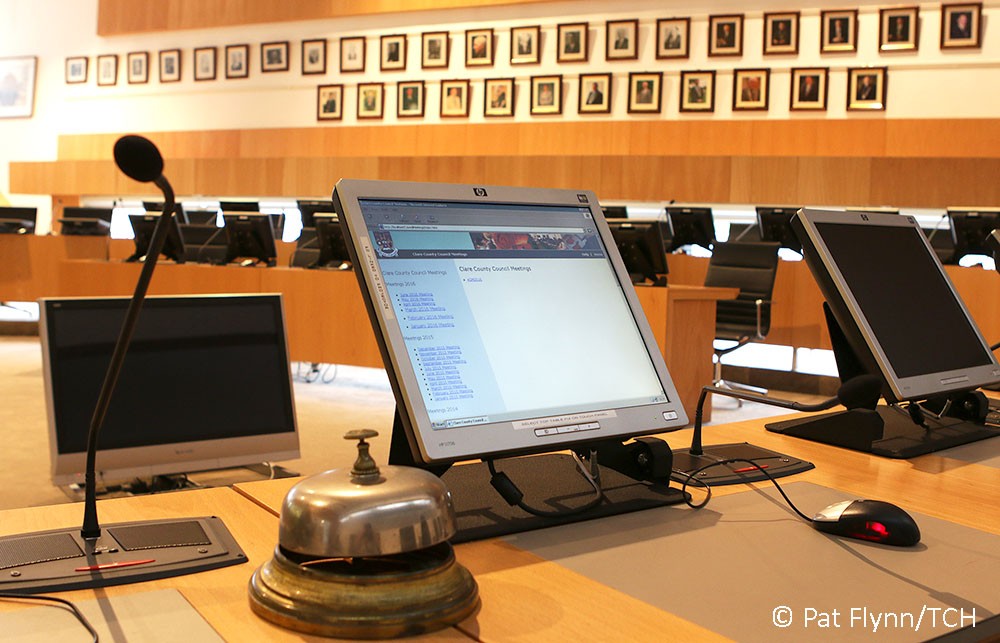 Elected members of Clare County Council voted in favour of disposing of the 15% reduction in Local Property Tax.

Householders in Clare will now be forced to pay the full amount, which is more than the reduced rate that has been paid in the last two years. As a result the local authority will benefit from a €1.5 million income.

A property’s value will determine the individual increase with the minimum rise a total of €13.50 over the course of a year with €270 the maximum escalation in tax for Clare residents.

Newly appointed CEO of Clare County Council, Pat Dowling stated that the people in the Banner County would see “clear evidence” of funds generated by the decision to drop the reduced rate.

Cllr Ian Lynch highlighted the impact the move will have on families struggling to make ends meet. It was an unjustified increase in the eyes of Independent Cllr Gerry Flynn. Fianna Fáil’s Pat Hayes labelled the Local Property Tax as “a poisoned chalice” while West Clare Councillors Richard Nagle and Christy Curtin appealed for transparency in how the Council utilises extra funds.