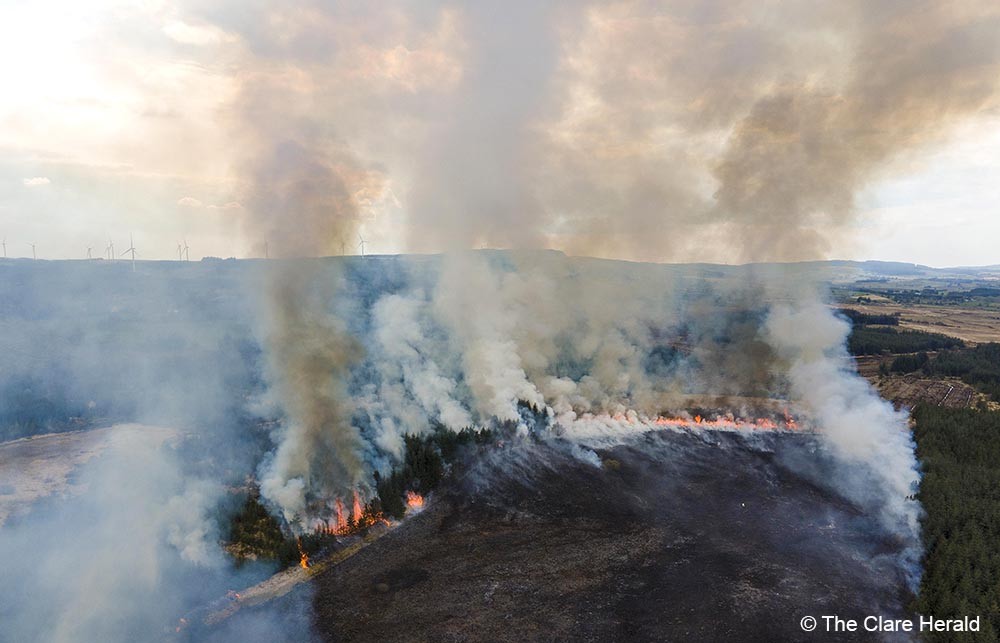 A helicopter was brought in this evening and used a bambi bucket to drop water on affected areas.

After bringing the fire under control, fire crews from Ennis left the scene shortly after 7.00pm while personnel based in Ennistymon remained at the scene for a further two hours. 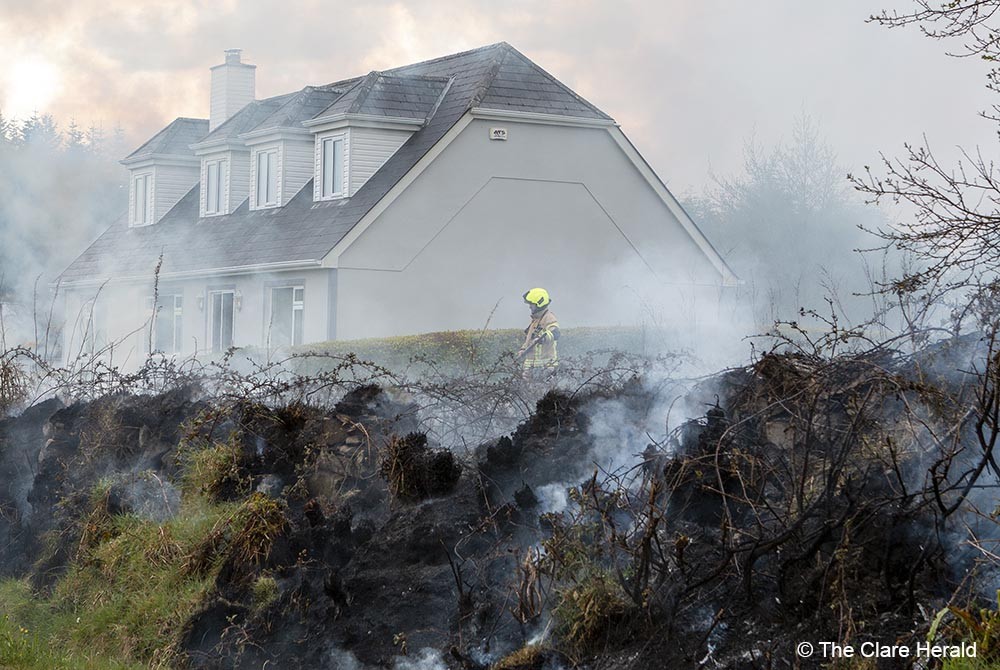 Fire crews from two Clare stations are currently battling a significant bog, gorse and forestry fire near Kilmaley which had threatened local properties for a time earlier this afternoon.

The alarm was raised at around 2.25pm when homeowners in the Kilcloher area called the fire service reporting the lands adjacent to their properties were on fire. At least one local man was forced to use his garden hose to try and keep the fire away from his property.

Units of Clare County Fire and Rescue Service from Ennis station were mobilised to the incident and quickly began tackling the blaze which was burning was close to at least three homes.

A number of acres of gorse had already burned out by the time fire crews arrived. According to one local, the fire had been burning for a while but didn’t appear to pose any threat to property.

Firefighters used beaters to try and stamp out the fire however had to deploy hoses to deal with the fire as it once again threatened local homes. Two water tankers were also brought in to replenish supplies for other fire appliances.

While the wind wasn’t a factor when fire crews first arrived, it became an issue as they battled the fire. Winds picked up and pushed fire towards local forestry. Additional fire crews were mobilised from Ennistymon station to assist with the effort. 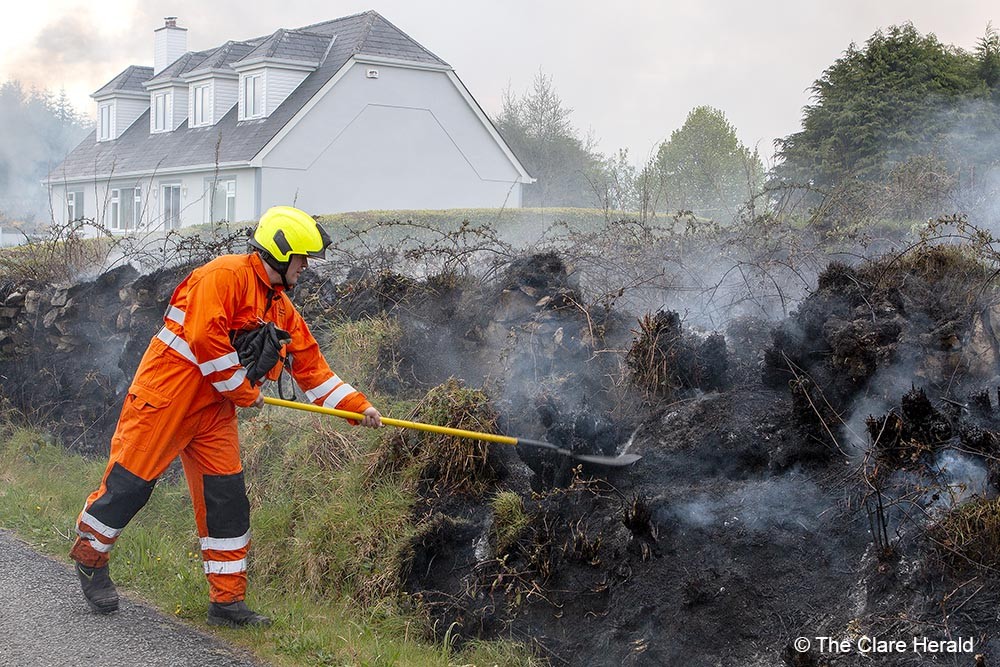 As the fire spread further west towards the tree line the winds changed once again threatening local houses however firefighters were redeployed from one area.

Clare Civil Defence was requested to assist by deploying a drone to give fire officers an aerial view of the expansive scene. Staff from the state forestry agency Coillte are also at the scene.

It’s also expected that a helicopter will be deployed this evening to tackle the fire from the air by dropping water on affected areas. 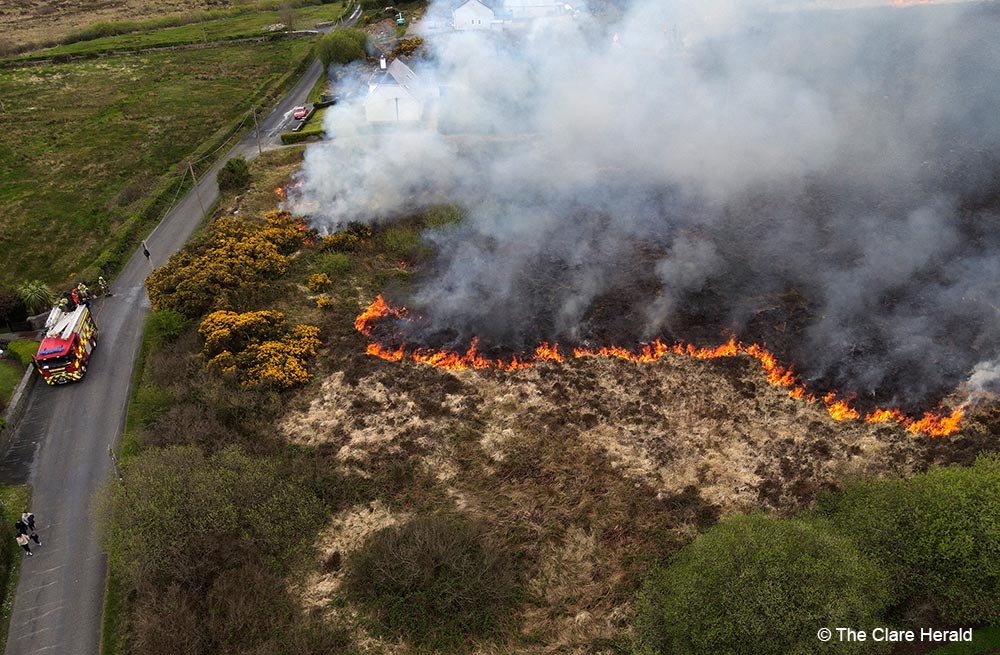