Some other airlines have been able to depart despite the winds which were reported to be blowing up to 80 kilometres an hour at times.

An Aer Lingus flight from Birmingham diverted to Shannon early today while further flights from Bristol, Southampton and Edinburgh have since been rerouted to Shannon where strong winds have also been reported.

A Ryanair flight from Gdansk has also diverted to Shannon after holding near Cork for a time while another service from Faro in Portugal rerouted to Shannon directly.

Several further diversions to Shannon are expected in the coming hours.

Cork Airport said on Twitter: “Due to atrocious weather across the south of Ireland flights have been disrupted Cork Airport Please contact your airline for information.” 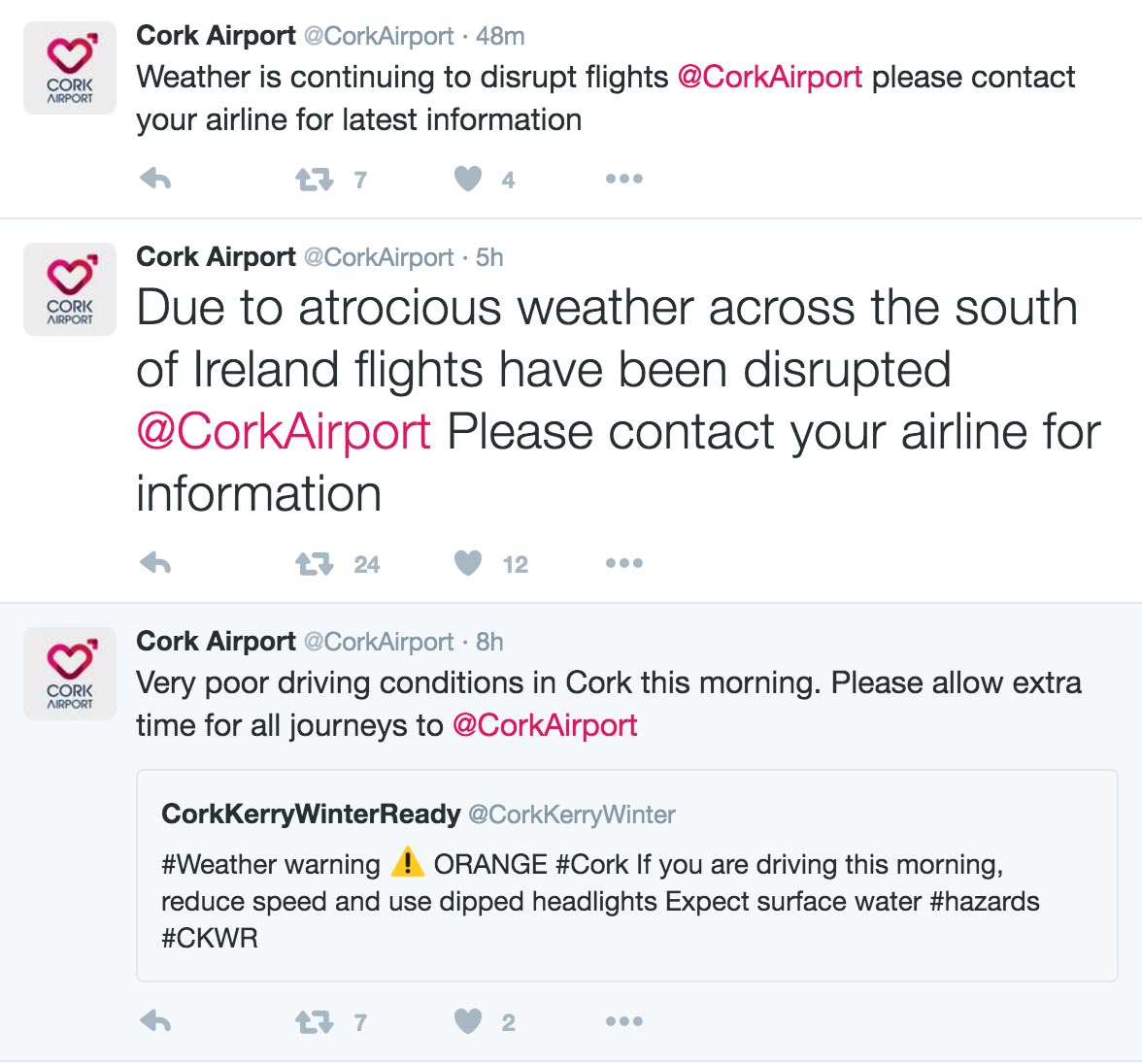 Aer Lingus also advised passengers to check the status of their flights before travelling to the airport.

Last year, Shannon Airport saw a massive three-fold rise in unscheduled landings because of weather, airport closures or flight crews being “out of hours.” There were 270 such incidents last year compared to just 92 in 2014.