Gardaí were forced to close the M18 motorway south of Gort for a time this afternoon after a car burst into flames.

The incident happened around 2.30pm at Ballyboy in the southbound lanes of the M18 about 4 kilometres from Gort.

The driver managed to pull his car into the hard shoulder before he and his female passenger jumped to safety.

The driver called the emergency services and two units of the fire brigade from nearby Gort raced to the scene.

Gardaí closed the motorway southbound at junction 16 Gort for over an hour to allow fire crews safely deal with the incident. The northbound lanes were not affected.

The occupants were unhurt and the road was reopened shortly after 3.30pm. 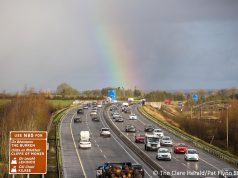 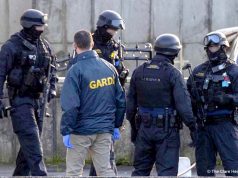