A German tourist was airlifted to hospital this afternoon after suffering a fall on a walking trail at the Cliffs of Moher.

The woman in her 50s is understood to have sustained leg injuries on the trail close to Hags Head. Emergency services were alerted at around 12.30pm and a multi-agency effort was mounted to locate and recover the casualty.

An ambulance and Gardaí responded to the incident close to Moher Tower at the southern tip of the Cliffs of Moher. The Doolin unit of the Irish Coast Guard was also requested to assist and sent volunteers to the scene.

The casualty was located on the popular coastal trail, some distance from the road and inaccessible by land vehicles. National Ambulance Service paramedics made their way to the scene on foot and assessed the treated the casualty.

In the meantime, the Emergency Aeromedical Service (EAS) air ambulance, which had been on a training missing at the time, was diverted to the incident. The helicopter landed in a field close to the scene.

Paramedics and Coast Guard personnel transported the injured woman from the trail to an ambulance. She was then transferred by road to the helicopter landing site and flown to University Hospital Galway for treatment. The flight to hospital took just 10 minutes while the same journey by road would have taken over an hour. 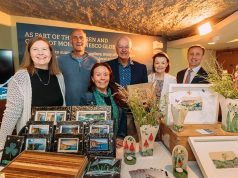 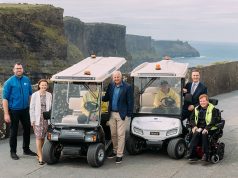 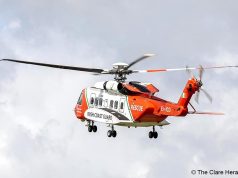 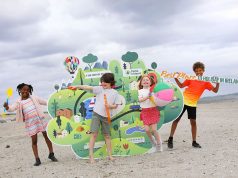 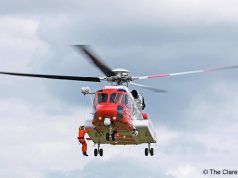 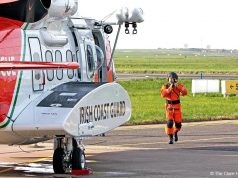 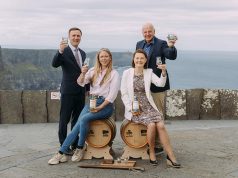