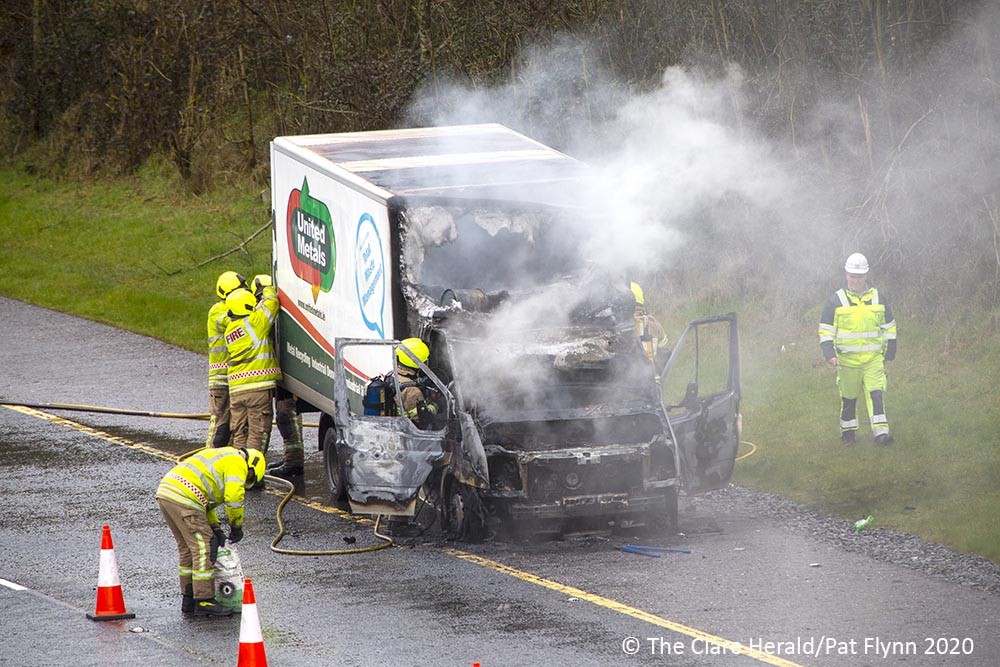 A truck driver jumped to safety just moments before the cab of his vehicle was engulfed in flames during rush hour on a busy dual-carriageway this morning.

The incident happened at around 7.50am on the M18 motorway northbound between Shannon and Newmarket on Fergus in Co Clare.

The man, the only occupant of the lorry, managed to pull into the hard shoulder before abandoning the vehicle and raising the alarm. It’s understood the driver noticed white smoke quickly filling the cab before the fire took hold.

Units of Clare County Fire and Rescue Service from Shannon and Ennis stations raced to the scene along with Garda units. On arrival, fire crews found the truck was ‘well-alight” but that the driver had escaped unharmed.

Fire crews wearing breathing apparatus began tackling the fire which took some time to bring under control and ensure it didn’t reignite.

An emergency traffic management system was put in place while fire crews dealt with the incident. One lane was later reopened to traffic once it was confirmed the fire was out and posed no further danger. 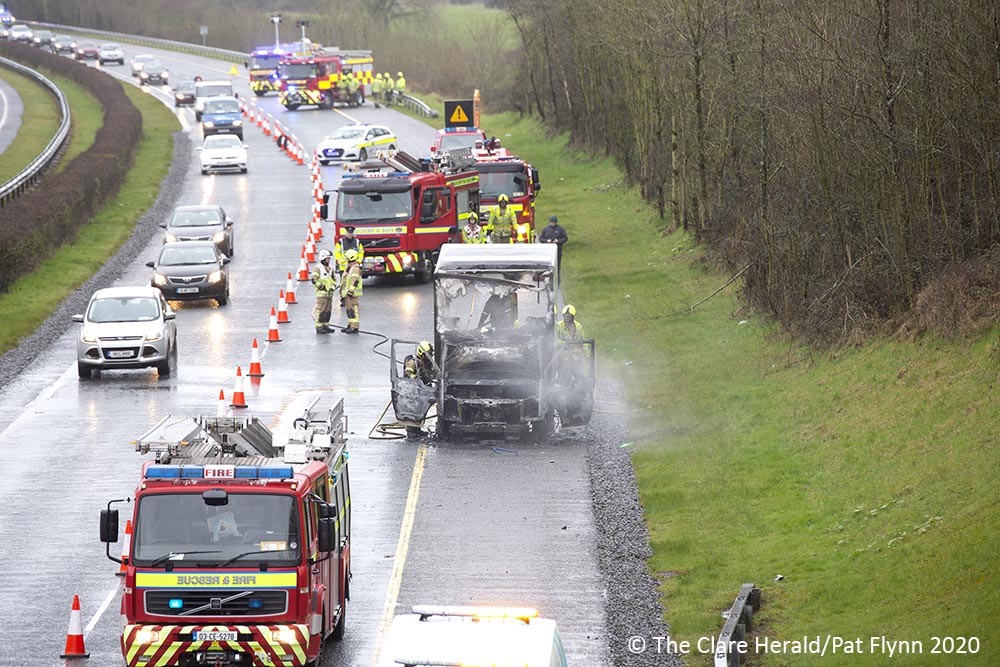 Gardaí had also warned motorists that smoke could affect visibility in the area and that traffic was slow on approach in both directions.

It’s understood that an electrical fault was the most likely cause of the incident.

One passing motorist said: “It must have just happened because there was no one at all there when I was passing. The cab was burning good but there was a man on the side of the road so it must have been the driver. He looked fine.”