I am not ok. Feeling rock bottom. Please take a few seconds to say hello if you see this tweet. Thank you.

A father-of-two from Co Clare who took to Twitter last month to admit publicly that he was ‘not OK’, has seen an extraordinary international outpouring of empathy and support.

Covid-19 has taken its toll on so many who have been left out of work, feeling isolated and sometimes depressed. However, many won’t admit it or reach out for help or support.

Late on the night of Friday October 16th, when he was feeling very down, 53-year-old Edmund O’Leary tweeted: “I am not ok. Feeling rock bottom. Please take a few seconds to say hello if you see this tweet. Thank you.”

What has happened in the weeks since has been “incredibly humbling”. Edmund, a proud father of twin sons is originally from Ennis, Co Clare but living in Surrey in England, has received messages of support from all over the world as the tweet went viral.

His story has been picked up by major news networks including Sky News and BBC as well as newspapers and magazines across the world. Edmund’s story also made it onto the front page of the Sunday Times.

Almost 20 million people have viewed the tweet while over 102,000 others have been already been in touch with Edmund who now has over 15,000 followers on the Twitter platform. He has also appeared on BBC Breakfast Television, BBC Radio, and on ITV with Eamonn Holmes and his wife Ruth Langsford.

Little did Edmund know that his tweet would strike a chord with so many. Many who weren’t able to admit their own struggle but who now can step up, without shame, and face their own difficulties and ask for support.

While Edmund has spent weeks trawling through the thousands of messages and good wishes, a few particular contacts have stood out and are special to him. He has been particularly humbled by a tweet from Dr Vikram Kanagala MD, MS CTS in Milwaukee in the USA.

“His son told his Dad to tell me he CARES and it was time I LOVED myself accompanied by a beautiful photo of his son wearing a jumper titled “LOVE YOURSELF”. I am truly humbled by that response,” Edmund said.

Others who responded to Edmund’s tweet include Chicago PD and One Tree Hill Actress Sophia Bush who wrote: “Hello Edmund! We don’t know each other, but I know that so so so many people are feeling heavy right now. The toll of this year is immense. Just remember that it’s a relay; we can all share the baton. You’re not alone. Better days are coming. You deserve to see them. Sending [heart emoji]”.

Dublin Airport’s official Twitter account replied: “Hi Edmund, you are not alone. So many people are feeling exactly that way at the minute. Never forget that you are loved & there are people who care about you. We see you like 747s; here’s one just for you, along with a picture of dawn in Dublin. Sending you hugs from back home.”

Edmund said: “I also want to thank the management at Dublin Airport for such a LOVING tweet accompanied by a photo of an Aer Lingus 747, in the day’s Aer Lingus had three Boeing 747’s in it’s fleet. I was truly touched with that tweet too. And Virgin Atlantic Airways from Headquarters in Crawley, West Sussex, England offering to organise a SPECIAL holiday to The Caribbean over Christmas on a complimentary basis for Patrick, Connor and I. I am truly touched with this too considering the airline had not made a penny’s profit this year due to Covid 19.”

Bernard setting things up for a live television feed to itv this morning studios in London. Went live across the United Kingdom and Ireland at 1130 am on my 53rd Birthday and had a much needed conversation with Eamonn and Ruth. Did this really happen on my Birthday ?! Dreaming ? pic.twitter.com/soXxbLbzpJ 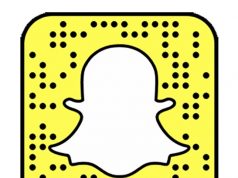