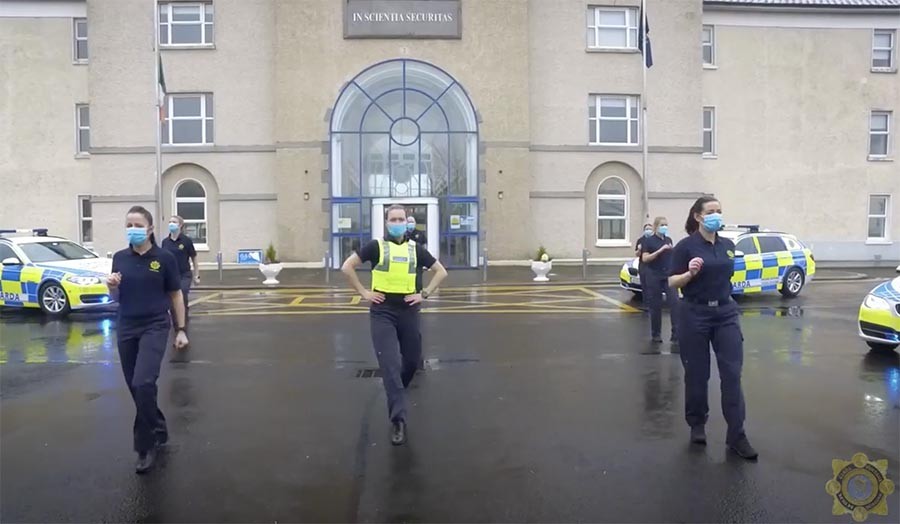 Irish Coast Guard volunteers across the country have been barred from participating in the Jersulema dance challenge which has taken the world by storm in recent months.

In an effort to bring some joy to the public during the current pandemic, members of An Garda Síochána produced a video in response to a challenge from colleagues in the Swiss Police. The video has been viewed over two million times on various social media platforms.

The video showed members of the force dancing at various locations around the country including on a roof top; a beach and a mountain while officers from the Garda Mounted Unit also participated. All members maintained social distancing and wore masks at all times. They danced to the viral African hit ‘Jerusalema’ by musician Master KG and sung by African gospel vocalist Nomcebo Zikode.

Since the Garda dance appeared on social media last week the video has made international headlines. Now, members of public, businesses, shop staff, An Post personnel, hospital staff and other groups across the country have been producing their own videos also.

Internationally, Police forces; airline crews and even religious orders have been making their own videos over the past six months and posting them to social media.

At least one Coast Guard unit in the southwest of the country has already produced a Jerusalema dance challenge video.

However, volunteer members of the Irish Coast Guard, the country’s fourth blue light emergency service, have now been told today they can’t make their own videos.

In a letter to Coast Guard officers-in-charge (OICs), members have been advised they are not permitted to assemble to produce any such video.

The letter from Coast Guard senior management states: “There have been several requests from CGUs to participate in unit dance videos since the weekend. I wish to advise that it is not permitted for units to assemble personnel to produce dance videos for social media, or indeed to assemble for any reason other than for reasons central to a unit’s operational objectives.

The letter states: “Where likelihood of exposure to a hazard is increased, such as through unnecessary gatherings of unit personnel, this increases our likelihood risk rating and weakens our risk mitigation strategy. Should the likelihood of exposure to COVID-19 unnecessarily increase, this may adversely affect our ability to retain our operational status and to continue with the limited return to training exercises.

Our primary aim throughout this pandemic has been to maintain our operational readiness to respond to SAR taskings. Thus far we have achieved this, and it is imperative that each of us continue this disciplined and methodical approach towards safeguarding this core objective,” the letter added.