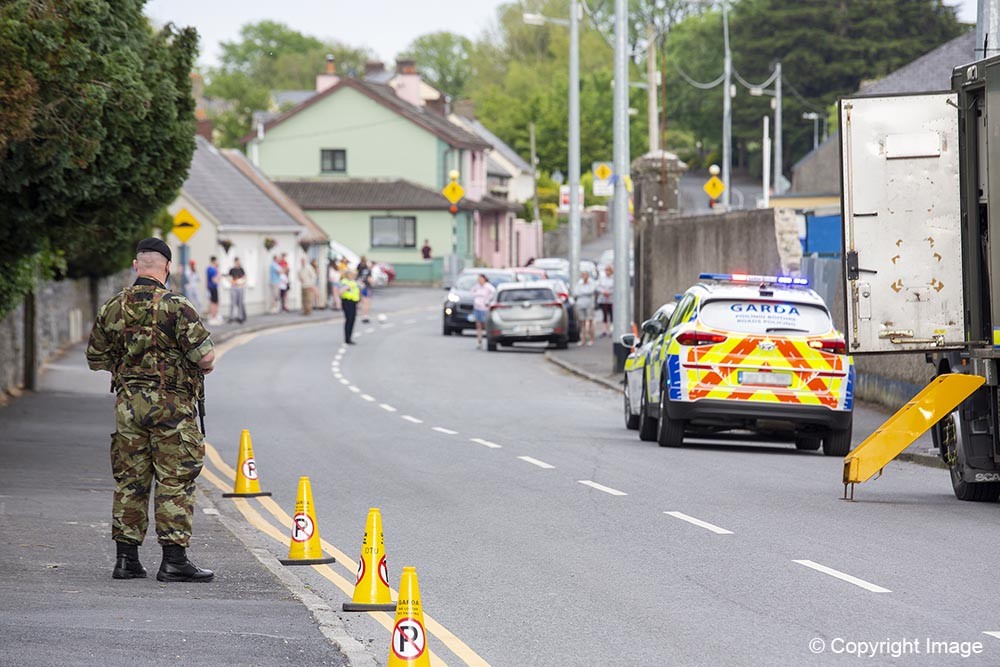 An army bomb disposal team has carried out a controlled explosion on a hand grenade discovered at the back of a house in Newmarket on Fergus, Co Clare this afternoon.

The vintage device was found while a family was clearing the backyard of a cottage they had purchased on the main street in the village.

The discovery was made at around 3.00pm and it’s understood the device was located in a stone wall and had been there for some time. It’s also believed the device could date back to the War of Independence.

Gardaí were alerted and the Cork-based army Explosive Ordnance Disposal team was requested to attend the incident. The EOD unit arrived at the scene at around 5.30pm.

EOD personnel carried out a visual inspection of the device in situ before it was moved to a corner of the property and buried and covered with sandbags in preparation for the controlled explosion. A loud bang was heard at around 6.20pm and the area declared safe soon afterwards.

The street was closed to traffic and pedestrians for about 20 minutes until the operation had been completed. People in surrounding properties were advised to remain indoors until the all-clear had been given again.

The street was reopened again at around 6.40pm. 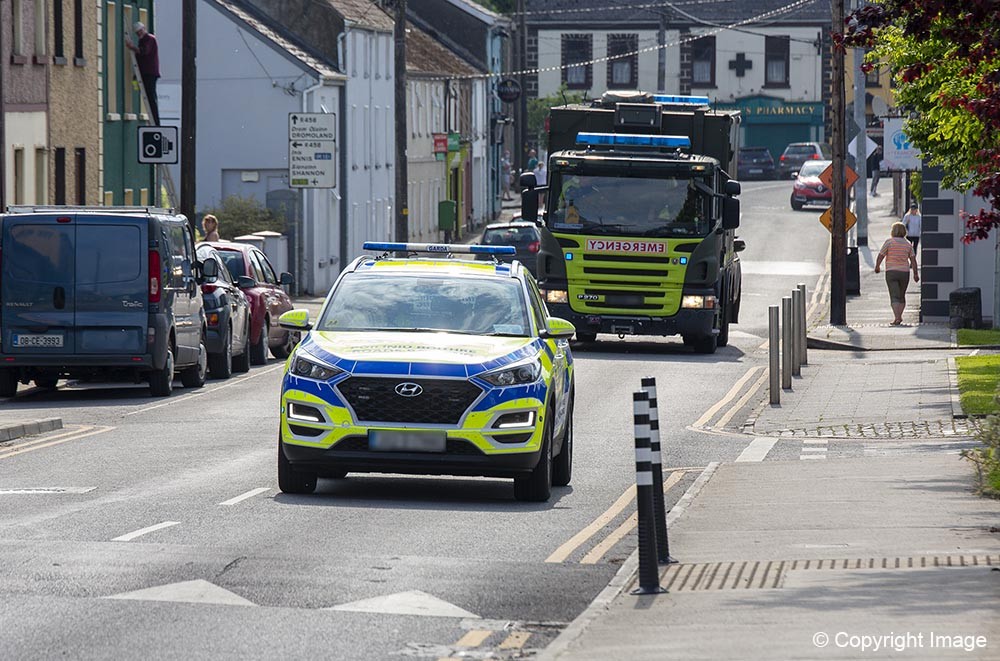