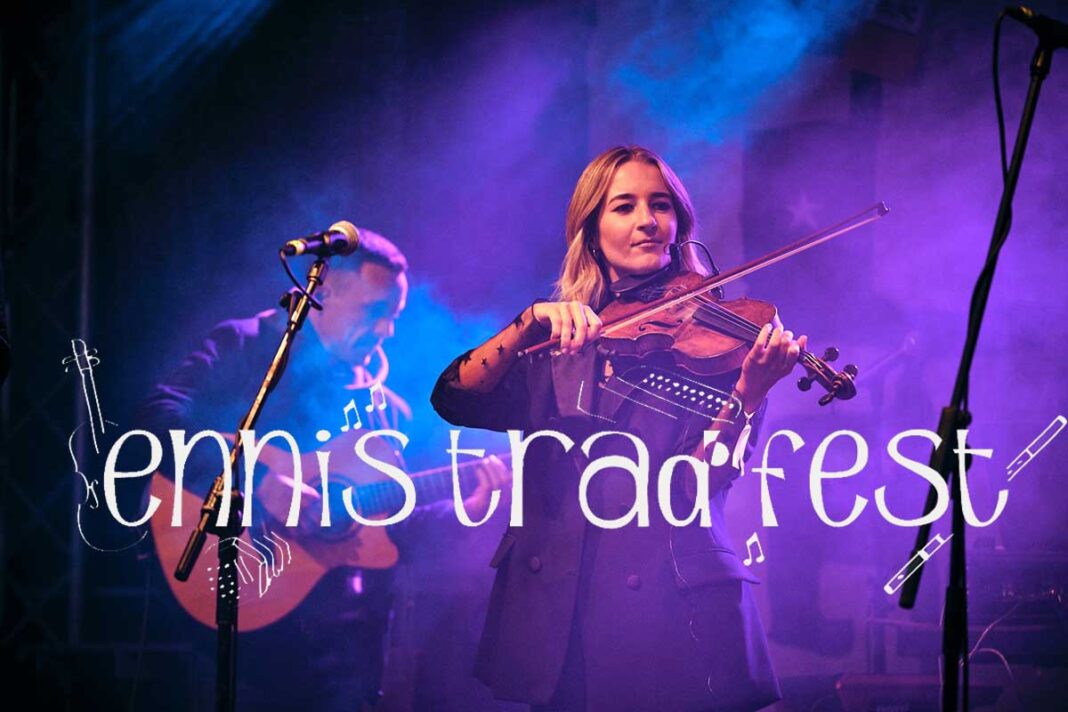 Ennis is set to host the 28th Annual Ennis Tradfest this November with an extraordinary line up of top international, national and local traditional music stars.

Amongst the stars will be Anxo Lorenzo, a virtuoso award-winning Galician piper renowned for his energetic and inspiring performances.

Over 1,000 are expected to travel from the US, Canada, Spain and the UK for Ennis Tradfest 2022. From its early years, Ennis Tradfest has established itself as one of the most vibrant and dynamic traditional music festivals in Ireland with fans and visitors returning year after year.

Blackie O’Connell, widely recognised as one of the best pipers in the world, has been tirelessly building this festival over the years into an extravaganza of traditional music. Tradfest 2022 is no exception, boasting a stellar line-up of musicians including the Galician Anxo Lorenzo Band, legends Sean Keane (formerly of The Chieftains) and Gay Mc Keon, John Carty and Mike McGoldrick, Damien and Conor Connolly and popular concert band Jiggy.

Ennis, Ireland’s heart of Trad, has a long and illustrious tradition in Irish music and is home to several flagship events in the traditional music calendar including Piping Heaven Piping Hell, Fleadh Nua, Concertina Festival, as well as a year-round programme of weekly sessions in pubs throughout the town.

TradFest prides itself on the variety of events it offers and this year sees over 100 free events through its session trail (where over 500 musicians will take part), trad discos, masterclasses, evening concerts, Trad 4 Teens, trad quiz, CD & book launches, céilí’s and more.

Speaking about the upcoming festival, organiser and renowned piper Michael Blackie Connell said, “Ennis TradFest is run by musicians for musicians and I’m thrilled to see so many of the best of Irish traditional musicians return to the heart of traditional music after the pandemic. Our programme ensures there is something for everyone at TradFest. This will be a weekend of craic agus ceoil guaranteed.”

Rosemarie Noone, Experience Ennis said, “So highly regarded is Blackie in his field that he has convinced the world’s best trad musicians to make their way to Ireland’s Heart of Trad to perform with other outstanding musicians. Year on year the people of Ennis extend a great welcome to trad lovers with pubs and venues hopping all day and into the wee hours. After a tumultuous time for the industry, the welcome will be greater than ever before.”