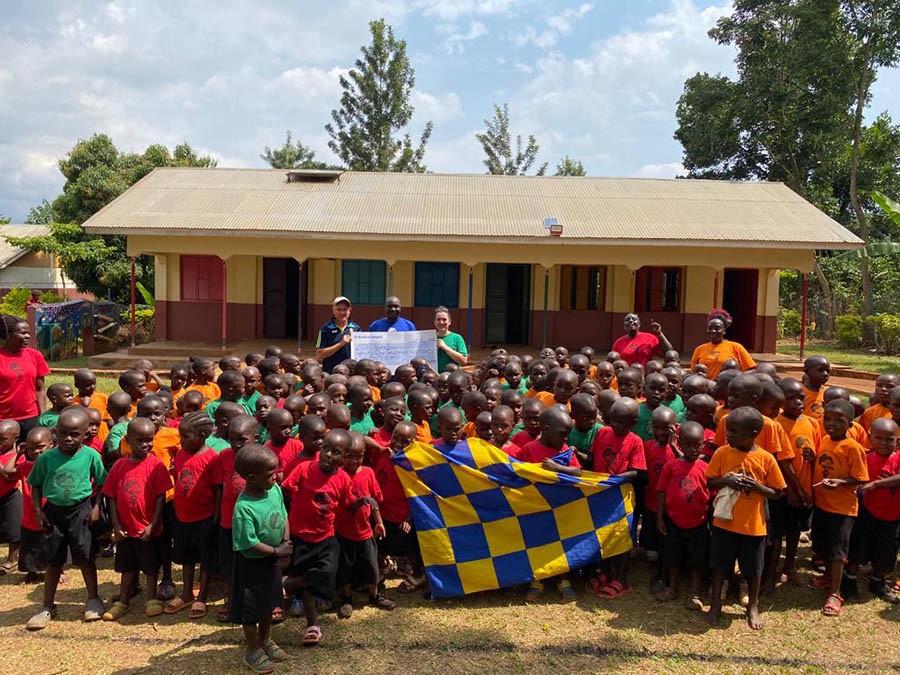 Clare man John Conroy is currently on a volunteering trip to Jinja, Uganda where he is providing therapy to children with special needs in various clinics in Jinja and plans to remain until the end of August.

Conroy first began volunteering to Africa in 2007 concentrating on Uganda since 2009. From 2017 until 2019 thirty four volunteers joined him in working on assisting two charities Hospice Jinja – founded by Dr. Frank and Patricia and Softpowereducation.

All funds are carefully spent going directly into projects that benefit people most in need,  travel and living costs have been  paid individually by the volunteers themselves.

John said: “This year in June we held a 6 KM walk in Barefield hosted by Frank and Siobhain Landy and organised with past volunteers which was a great success and  with a huge amount of donations we have fund raised a total of €20,660 bringing the total fundraising since 2017 in excess of €155.000 which is a phenomenal amount given by Clare donors and beyond.”

Uganda has a total population in excess of over 48 Million, 75% is rural based with an average age of 16 making it the second youngest country in the world with 48% of the population below 15 years .In 2000 the population was 23 million and by 2050 it is set to exceed 90 Million, it  has the 5th highest fertility rate in the world.

The country produces 12 million tons of bananas annually making it the second largest producing country of bananas in the world. The soils is general are fertile and those in the region of lake Victoria are amongst the most productive in the world. With such a huge rural based population and high unemployment people are mostly self sufficient growing their own crops and making a living from the land, good average rainfall with average temperatures of 25 degrees and fertile soils  may allow for the production of 2 to 3 crops per annum.

Although Uganda is a Sub Saharan country with one of the highest rates of poverty reduction in the world it still remains amongst the poorest in the world with a high number of Ugandans living below the poverty line. Child mortality remains high due to mothers giving birth at a young age and..Most Ugandan have to work 2 to 3 jobs to survive a  basic standard of living .

Uganda instituted some of the harshest measures on the African continent following the outbreak  of COVID  in   March 2020 . In March 2020 even before a single case was registered in the country the government closed its air, land and sea borders.  Movement was restricted schools, churches,  and shops were shut down and the military enforced these measures,  it had a devastating effect on the economy and it’s people 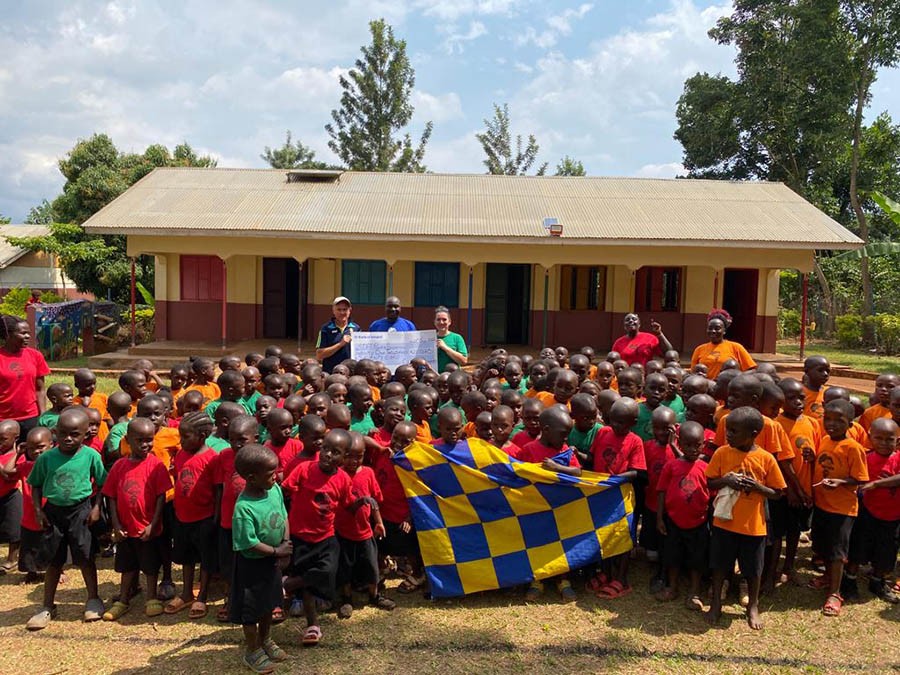 John added: “Since March 2020 until January 2022 schools in Uganda have been  closed due to  national lockdowns in Uganda forcing it to have the longest school closure in the world.  It estimated that 15 million children have not attended school in Uganda for 2 years.  The main aim this Summer is put the funds directly into helping the charity Soft power education  get children back to education.

The charity has two pre schools with 180 children and 6 teachers whilst two further residential units for special needs children accommodating over 60 children.The pre schools welcome in children  from the ages of 4 years to 6 , the children come from some of the most disadvantaged families in the communities where they thrive on high quality learning free of charge. Along with providing 2 residential units for special needs children the charity works with over 100 children and families to provide free of charge therapy with the aim to ensure children living with disabilities and their families have an improved quality of life through education  and therapy.”

It hasn’t been an easy two years for Soft Power when COVID hit it had to make some  very difficult decisions. Sadly it had to close down 2 of its programmes and make 13 staff redundant .

Throughout 2020 the charity was pleased to be able to support all the pre schools and special  needs children  with learning materials and food packages. Once movement was allowed the teachers delivered home learning sessions for small groups of 5 children

Many families are financially unable to send their children back to school and many teachers have found alternative sources of income.  It is estimated up to 30% of all school going children – roughly 5 million  will not return to the classroom. The country is also lacking teachers,  during the pandemic many had to find alternative sources of income. A 22% increase of pregnancies among school going girls and young women has also been seen.

John added: “We have had massive support from the people of Clare both this year and since 2017. People have been exceptionally kind in their support of the Ugandan children and their families. It is very heartening to see how one community supports another and to see how facilities and the livelihoods of people benefit enormously.

To date for the special needs children two residential buildings have been restored, new beds purchased and mosquito nets, a new electric stove installed, feeding costs for the children have been paid for and a sensory room was designed and equipment brought from Ireland with the room being named Shannon Sensory Room.

A site for a new school for the preschool children has been purchased with the construction of the school put on hold due to COVID.

Clare volunteers who have given their time and expertise  so freely have provided wonderful resources to teachers, staff and children when in Uganda and their presence will live long in the memory of the Ugandan people “