St Josephs Doora/Barefield overcame a fancied Broadford outfit to win the Clare Intermediate Hurling Championship and secure their return to the senior ranks for 2017.

Two years from being relegated from the Clare SHC, Doora/Barefield have bounced back and they did so in remarkable fashion to ensure they will dine at the top table in club hurling next year.

It is the second year in succession that Broadford have lost in the Intermediate Final. Five points was the difference when they fell down against Wolfe Tones in 2015 and the margin was the same as they came up short to Doora/Barefield.

Broadford had the better of starts in the opening half but their opponents never let them push too far ahead. Shane Taylor opened the scoring with a fine effort from long range. Further points from Donie Whelan, Cathal Chaplin and Padraig Hickey kept them in the lead but David Conroy with three points and one from Tom Hannan kept the East Clare men under pressure.

Hickey and Craig Chaplin split the posts to extend their gap to three points but they went without a score for the last twelve minutes of the first half as Leo Duggan and David Conroy pointed to reduce the gap to the minimum at the break.

Diarmuid Moloney had a goal chance for Broadford before the half-time whistle but he failed to capitalise. At the other end Alan O’Neill hit the net from a penalty but he crossed the 21m line when taking the penalty so his effort was disallowed by referee Johnny Healy.

A strong second half from The Parish and a disappointing one from Broadford proved to be significant. The winners outscored their opponents 7-2 with one of those scores being an Alan O’Neill which wasn’t disallowed as the he fielded the ball at full-forward before kicking the sliotar to the back of Alan McMahon’s net.

David Conroy continued to wreak havoc from placed balls firing over four frees in the second half, he finished with a tally of 0-08, six of which came from frees. Broadford will know scoring three points in any half is never going to win a game and they found out the hard way. Looking to next year the task of returning to the senior grade becomes a lot more difficult with Kilmaley now Intermediate while The Parish march on in Munster where they will face Monaleen next weekend. 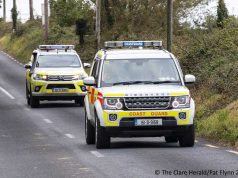 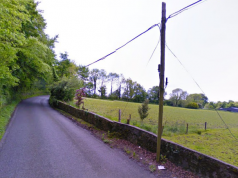 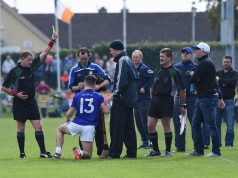 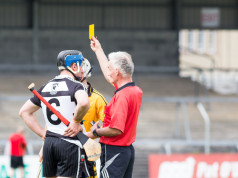 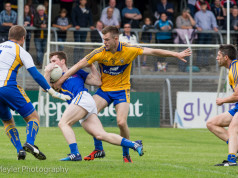 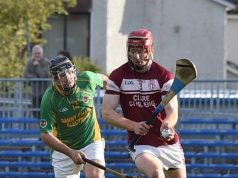 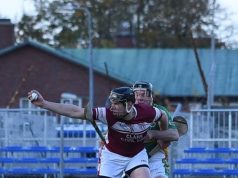