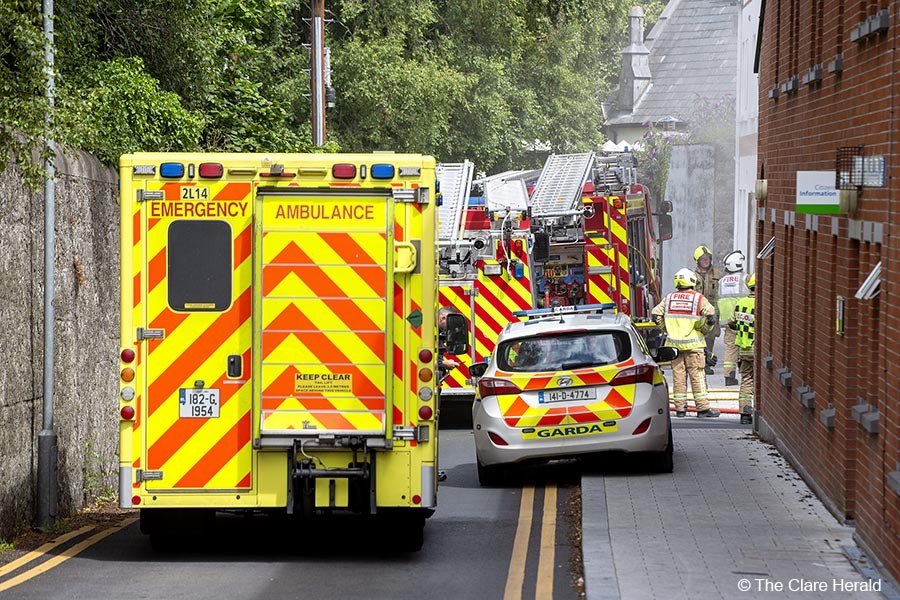 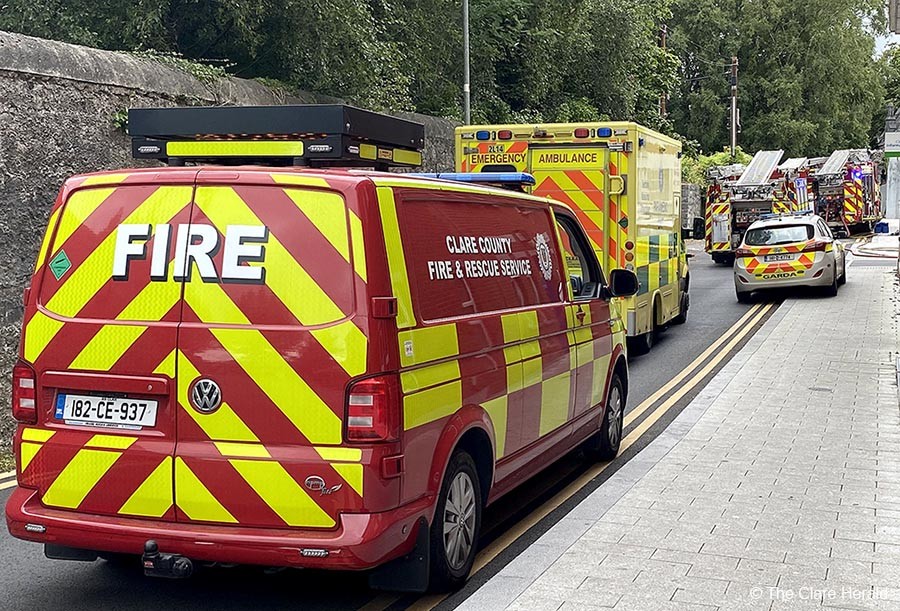 An apartment building in the centre of Ennis was evacuated this afternoon following a fire.

The blaze was reported at around 12.45pm in a ground floor apartment at Bindon Lane off Bank Place.

Two units of Clare County Fire and Rescue Service from Ennis station responded to the call along with Gardaí and National Ambulance Service paramedics. The response was mobilised by controllers at the Munster Regional Fire Control Centre in Limerick.

On arrival, fire crews found a fire in the bedroom of a ground floor apartment. Firefighters quickly began tackling the blaze while other personnel commenced evacuation procedures knocking on apartment doors to alert residents.

It was soon established that almost all residents made their own way to an assembly point after they followed the building’s own evacuation procedures when the fire alarm was activated. Fire crews found one elderly man in his apartment and helped him to safety.

The man was assessed by ambulance paramedics and was found to be unharmed and not in need of hospitalisation. No one else was injured in the incident.

Firefighters wearing breathing apparatus quickly brought the fire under control while the cause is now being investigated. It’s understood however that the fire started accidentally.

Fire crews used fans to ventilate the building of smoke before residents were able to return to their apartments. As a result of the quick response of the fire service, the blaze was contained to one apartment and no other damage was caused.